With a new album scheduled for a September 2022  release, Scottish born Australian, Maryen Cairns, now based in Guernsey in the Channel Islands, is looking forward to returning to playing live in the UK!

During the past couple of years the music technology she has been involved in for so long proved its use, hence the new album, but the really exciting thing has been developing new relationships with her listeners, live-streaming into their living rooms, and creating The Cairns Club as a place for them to congregate & collaborate.

Based in London for a decade  in the 90’s playing shows both solo and with her band, including supports for FISH, The Troggs, Energy Orchard, UFO and Black 47, when Maryen returned to Australia she started Sydney’s 1st “Originals Only” Open Mic night and ran an annual festival celebrating creative women.

Having raised a family on an off-the-grid mountaintop in South East Queensland, Maryen worked with children in remote communities in Western Australia to help them write their own stories into song, and wrote a show, Femina Australis, telling the stories of 12 significant Australian women, presenting it at the Somerset Celebration of Literature and taking it on the road with her family across 18,000 kilometres in 2017.

Having recently moved across the world only to be locked down during covid, Maryen’s new music is inspired by local folklore and the deeper questions of spiritual life. 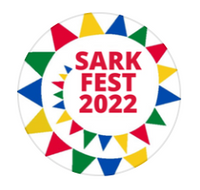 Sarkfest, In the fields behind Caragh Chocolates!, Sark

Sarkfest is a family friendly music festival. Sarkfest 2022 July 8th/9th/10th over 30 bands and acoustic acts with lots of extra entertainment for the Kidz as well as The Adultz ! Tickets available from Eventbrite until they sell out ! Featuring entertainers from UK as well as the Channel Islands on the dark sky, car free island of Sark. I'm playing on the main stage on the Sunday at 2pm.

MARYEN is also is an experienced Group Songwriting Workshop Facilitator